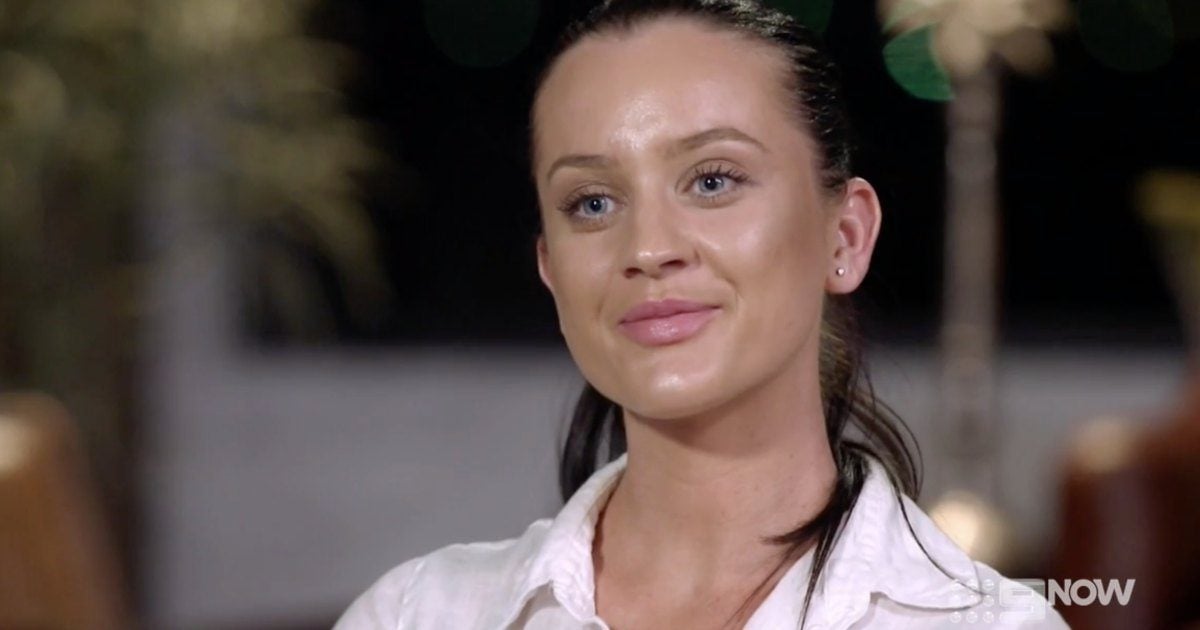 In case you missed it, Married at First Sight contestants Ines Basic and Sam Ball are in the middle of a very public fight about whether or not they had sex during their fling on the show.

Well, to clarify, Sam said they didn’t have sex, and Ines responded by telling her Instagram followers but also the nation that Sam did something else for four hours.

Then, Sam retaliated by saying, “I would run out of breath or more likely get hungry, tired or bored.”

WHY ARE WE SO INVESTED IN THIS.

If you need a refresher on Ines, here’s a peek at her audition tape. Post continues after video.

Sam claims Ines started the ‘rumour’ (it’s about oral sex, to be clear) because he supposedly refused to have sex with her.

But now Ines has backup.

Speaking on Hit105 Breakfast with Stav, Abby & Matt on Monday, Jessika Power told the show “everything [Ines] is saying is the absolute truth.”

“Sam is just doing the dirty, I don’t know why, maybe he’s embarrassed, maybe he’s not coping with the hate too much, but own your mistakes,” she said.

“Just own it Sam,” she concluded.

Sam and Ines left the experiment after their cheating ways came to light amongst the group. At this point, Sam also decided to call it quits on his relationship with Ines, suggesting she was a bit too full on too soon.

And so a social media battle commenced, and it doesn't seem to be slowing down.

Over the weekend, Sam claimed it would have been 'logistically impossible' to sleep together.

The Daily Mail have a screenshot from Sam that reads; "I would be cut too if someone wanted to not sleep with me on the first night... like from the start I wasn't just looking for a sexual connection."

"I think in addition to this statement of hers, I would run out of breath or more likely get hungry, tired or bored. The camera crew comes straight back in. Your [sic] wearing microphones etc."

But Ines says Sam turned his microphone off, and then gave an explicit description of the act/s that followed.

Fast forward to present day Married at First Sight, and we have another cheating scandal, but this time it appears to have a happy ending (if we can call it that).

Jessika and Dan Webb are very much still an item, last night having their own X-rated scene on national television.

???????? realising today it’s okay for our relationship to be considered “too good to be true”... it’s called healthy ????????‍♀️????♥️ so here’s to a love that is patient. A love that is calm and feels no rush... When you can ignore the expectations and deadlines that society puts on you and enjoy that incredible journey at your own pace. Falling in love more and more each day with you and every experience we go through... ????????????♥️♥️ @danwebbs #MAFS #lovinglife #happy #love #instagood #family #fun

“We’ve put a lot on the line for this babe and left a path of destruction along the way, but this is the look of lust that I can easily see transforming into something real with you. Here’s hope for the future with you and for us ???????????? #date #funtimes #MAFS