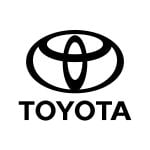 Thanks to our brand partner, Toyota Australia

The dry and dusty landscape of drought-affected eastern Australia is hauntingly unmistakable as Zoe Cox sits and listens to a farmer reflecting on what was once his thriving livelihood. His identity. His community.

Zoe (pictured above) is a registered counsellor for Rural Aid‘s Counselling program, which relies on donations and support from partners such as Toyota Australia.

It’s her job to make home visits to farmers struggling with the emotional impact of the drought that’s currently gripping 97 per cent of NSW, along with areas of Victoria, South Australia and Queensland. The ramifications of what some have called Australia’s worst drought in living memory is far reaching: farmers face ruin and local communities and their businesses suffer a profound toll. The recent bushfire disaster only added to the strain on these communities.

Zoe speaks primarily with farmers, their spouses and their children, and does sessions both face to face and by phone.

“When I carry out home visits, I prioritise offering counselling in a style that is suited to the individual,” Zoe tells Mamamia.

“This means we may sit over a cuppa in the kitchen, we may drive the boundary fence in the car, we may go and perch ourselves on a rock in the farmer’s favourite paddock, we may drench the sheep or pick up dead stock carcasses around the paddock. However it may unfold, making the farmer and families comfortable is incredibly important to me and I find this style of counselling rather well suited in achieving this.”

Zoe, who grew up on a cattle property between Lithgow and Bathurst, NSW, has seen the impact of drought first hand. It impacts most areas of these people’s lives: financially, emotionally, mentally and physically, with the mounting stress of the extensive workload and issues of loneliness and exhaustion.

“The drought is affecting the entire family as well as local businesses. It is affecting marital relationships and indirectly putting huge strain on children,” Zoe elaborates.

“Farmers are struggling from exhaustion and are fighting a sense of failure that they feel towards themselves, their families and their past generations.

“Wives of farmers are often bearing the brunt of the stress carried by their husbands – a tiresome job when they are facing their own stress surrounding their concern for their other half, the finances and the future of their family.

“Children are being affected by the lack of time their parents have due to constant feeding commitments. No matter how well parents may be managing to shield their children from their own stress, it is indirectly felt by them on an implicit level.”

And this has sometimes meant witnessing the worst possible outcomes.

“There has been suicide, breakup of families, losing 20-30 stock a day due to veterinary issues that may otherwise have not arisen in a good season,” Zoe explains.

However, Zoe describes the people of the rural communities she visits as “some of the most resilient human beings on earth”.

But the day-to-day stress is a lot to bear, and it's compounded when you have communities literally on their knees trying to rebuild their lives amid extreme drought and bushfires.

"Families are faced with starving and dying stock, water scarcity, [and] lack of finances to pay for groceries and weekly household expenses," Zoe elaborates.

Despite the situation, the work that Zoe and Rural Aid carry out is making a difference.

“Thanks to organisations like Rural Aid, farmers do have some support outlets and the provision of hay, water, counselling services and financial assistance has truly been lifesaving,” she says.

“With no end in sight, more support is, however, needed. It is said that sometimes things have to get worse before things get better and I feel this is where we are currently sitting with this drought.

“Farmers and their families need to remain hopeful and Rural Aid intends to continue to inspire hope through the ongoing provision of economic and emotional assistance to farming families and their communities.”

The work of Rural Aid's Counselling program is supported by Toyota, which supplies vehicles to counsellors like Zoe travelling to isolated properties and farming communities.

En route to Miles for our next Community Rescue #farmrescue #aussiefarmers

Toyota has also raised $240,000 for drought-stricken communities through their Raffle for Resilience at the Toyota Country Music Festival, plus more than $30,000 from other initiatives at the festival, which they're sponsoring again in 2021.

There's still more work to be done, though. The effects of this current drought will be felt for a long time yet, so digging deep is important.

As Zoe points out, “it is not that drought is unfamiliar, but when hardship continues for such a long period of time and across such substantial distances both in places that tend to be at risk to drought and places that are not, everyone suffers.”

We can all help, too. Zoe suggests donating to charities like Rural Aid, or joining the Rural Aid Farm Army or their volunteers team. Rural Aid has also recently launched their new ‘Buy A Bale’ campaign to assist in buying hay and water for our farmers who need it - just visit BuyABale.com.au.

We can all do our bit.

If you or anyone else you know needs extra support during the drought, call 1300 327 624 or visit ruralaid.org.au/counselling/.

Mamamia has partnered with Toyota Kluger to bring A Night With Mia Freedman to a city near you. $1 from every ticket to the show goes to Rural Aid to support communities in need. Book your tickets to this night of laughs, inspiration and brutal honesty from one of Australia's most successful Lady Startups.

In light of the ongoing bushfire crisis, Rural Aid are assisting those farmers financially, as well as through the delivery of fodder for livestock and domestic water to properties who have run out of water to drink. Rural Aid also provided over 12,000 farmers with gift cards to help them purchase goods and services over the Christmas and New Year period. On top of this, donations to Rural Aid will also help Farm Army Volunteers who assist farmers through times of hardship through physical labour, along with providing connection hope and friendship.

Shona Hendley is a freelance writer and former secondary school teacher from Victoria. You can follow her on Instagram.

Rural Aid’s counselling program provides critical support and counselling services to regional communities experiencing the impact of drought and natural disaster.
As a long-term supporter of rural and regional Australia, Toyota is a proud sponsor of Rural Aid’s counselling program, providing vehicles to transport specially trained counsellors to remote properties and communities. Through Toyota’s Raffle for Resilience and fundraising initiatives at the Toyota Tamworth Country Music Festival, over $270,000 was raised for this program.
Toyota was proud to support Rural Aid through the Mamamia Out Loud live tour by donating $1 from every ticket sold.